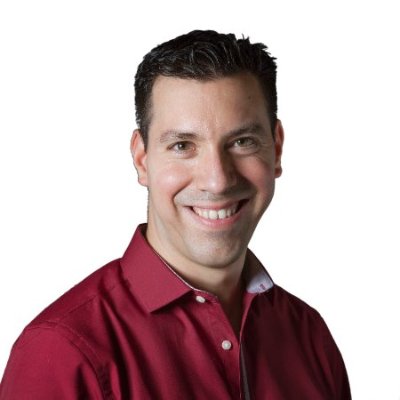 Originally from Texas, USA, Gabriel was the first in his family to get a University degree. He earned a BSc (Hons) with High Distinction in Electrical and Computer Engineering from Worcester Polytechnic Institute (WPI) in Massachusetts, USA, before joining international business consultancy, Accenture, in Boston.

Since 2008, Gabriel has helped dozens of businesses to achieve annual growth of up to 200%. He has also provided coaching and training to hundreds of professionals in over 15 countries. Gabriel founded Flores Leadership, and co-founded Learning Without Borders to help individuals and teams collaborate and thrive in culturally diverse environments. Gabriel is an avid traveller, singer-songwriter, and runs several marathons and ultra-marathons annually.

I spent most of my adult life pretty sedentary.  In 2001, I took a crack at my first race – the marathon.  I did the Silicon Valley Marathon with a time of 4 hours 36 minutes.  I left that race defeated, not having achieved my goal of “under four hours” and having an experience that was frankly pretty horrific after about the halfway point in the race.

After that, I did what many beginning runners do after their first marathon.  I stopped running.  Over the next seven years, I ate out, ate dessert, worked an office job and lived the sedentary lifestyle famed in those anti-obesity ads now shown on London’s Underground.

In September 2008, my friend said his charity had a place in the Royal Parks half marathon, and asked me to stepped in for a runner that had gone ill.  It was two weeks before the 13-mile (21km) race.  I ran a few times, but figured that since I’ve done a marathon before, it should be fine.  I can still remember how I felt at “Mile 9” of the race – like death!  I finished the race in 2 hours 6 minutes and felt bad.  But it was at that point that I decided I would get back into running again.

In May of 2009, I ran my second marathon – the San Diego marathon.  My father came down from Montana to watch me run – and it was a tiring but incredible experience.  I was on Cloud Nine after the race, and knew at that point that I was going to do more.  Since then, I have run 20 more marathons, with many more planned.

In 2012, I read Dean Karnazes’s book, Ultra Marathon Man.  It’s an autobiographical tale of Dean’s evolution from couch potato to running more than a hundred of miles in one go.  It was at this point I was introduced to the ultramarathon.  By definition, it simply means any distance greater than the standard 26.2-mile (42.2km) marathon race. He spoke of how ultra races that challenged the limits of what one believes if possible for themselves.  His description of exotic races like the Western States Endurance Run – the first and longest running 100-mile race in the world – captured my imagination.  I couldn’t help but find myself wanting to see if I could achieve such things, too.

So far, I’ve attempted 8 non-stop ultramarathons and finished 6 (1x 50km (31 miles), 2x 100km (62 miles), 2x 100 miles (161km), and one 145-mile race (233km) along the Grand Union Canal from Birmingham to London, UK.  I will write more about specific races and what I learned in Blog posts – and will share how this sport has helped me through challenging places in my life – and improved my ability to do my business.

In the future, I’ll put a bit more information here – such as upcoming races, race times, PBs and running tips.  Thank you for your interest – and for other fellow runners – may you enjoy many happy miles!